This morning I woke with a disorienting sense of despair that’s unusual for me. The world seemed wracked with unsolvable problems and going to hell in so many ways at once that it felt impossible to imagine we’d ever be able work our way forward to a better place. I was at a loss to know what part I could play with the time and tools I have.

After stumbling around for a while, I picked up a short essay I’d written in the spring of 2016. I’d been inspired by an opinion piece published in the New York Times a few days earlier. The column’s author, Jon Grinspan, is an historian at the National Museum of American History who describes the focus of his research as, “politics and youth and comedy and food and booze in 19th and early 20th century America.” He likes any subject, he says, “that makes the past feel human and immediate.” And “immediately” is how fast his piece jerked me out of the little stupor I’d fallen into this morning. Reading his column today reminded me why it caught my attention in the first place. I was buoyed again by what he called “history’s most beautiful lesson: The world we know is not our only option.”

His op ed told the forgotten story of the days in the 1800s when young people voted in droves and were the most engaged demographic in U.S. politics. They “speechified” and rioted in wild elections from the 1830s to 1900. “Reading 16-year-olds’ diaries,” he said, “you can see the way they bundled political involvement with their latest romance, their search for work, and the acne on their foreheads. Public participation soothed private anxiety. Youth politics worked because it was so messy, blending ideology with identity, the fate of the country with ‘fun and frolic’.”

He tells the story in his book, The Virgin Voter: How Young Americans Made Democracy Social, Politics Personal, and Voting Popular in the Nineteenth Century. “Millions of children, youths, and young adults forced their way into the life of their democracy,” he said, “while their democracy forced its way into their personal lives.”  What in the 20th century often felt like a weak link in our political system was once the strongest. “Young people did vote,” Grinspan wrote. “They could do so again.”

In our 2018 mid-term elections, young people began to prove Grinspan right. In April 2019, the Washington Post, carried a story with this headline: “Young people actually rocked the vote in 2018, new Census Bureau data reports.” The news piece began, “Voter turnout spiked to a 100-year high in last year’s midterm congressional elections.…turnout rates jumped across nearly all groups, but the shift was particularly notable among young adults.” The number of voters aged 18-29 jumped 16 percentage points since 2014. “Last year’s election marked a clear break from the past two decades of anemic turnout among the youngest citizens.”

Knowing that things have changed in the past assures me that they they can change again. Young voters proved that in 2018. What we see today doesn’t have to be what will be tomorrow.

Grinspan’s insight mirrors Rebecca Solnit’s words about hope. “Hope for me,” she has said, “is deeply tied to the fact that we don’t know what will happen. This gives us grounds to act while being clear that terrible things are happening.… One of the great conundrums is that unless we believe there are possibilities we don’t act, but the possibilities only exist if we seize them.… We’re not talking about a future that’s already written.”

The forgotten past and a future that’s unknown both open up possibilities. We just have to be convinced as we face today’s realities that new options are possible and that it’s up to us to imagine them and act on our commitment to make them happen. 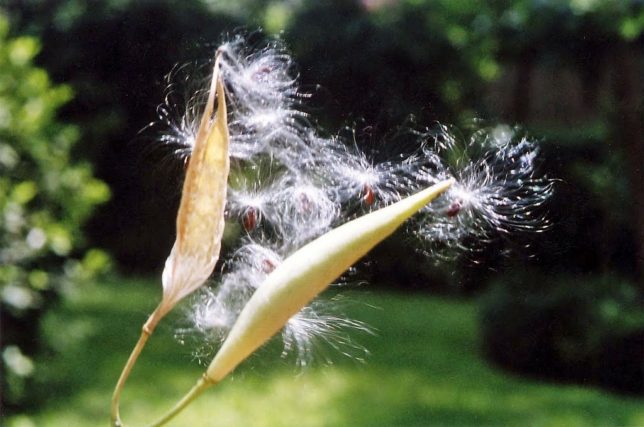 The photo, “Butterfly Plant,” is by Anton Trötscher, Houston.